Friday 16 February marks the 2018 Lunar New Year of the Dog, heralding spring. However, where I am right now the end of summer is approaching with autumn just down the road. I suppose that the Year of the Dog is related to the Dog Star, Sirius – so named as it appears to follow at the heels of the hunter, Orion. Dog days are also reputed to be the hottest period of the year. 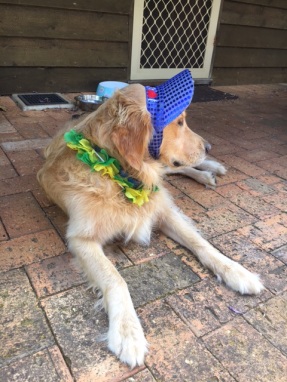 I used to think the 12 Zodiac animals of the Lunar New Year matched with the Western horoscope of the dozen star-signs and I knew what I was in both systems – a snake and a crab respectively. A few years ago, when I lived in Vietnam, I realised that each animal had an aspect attached to it. I felt absurdly smug when I realised I was a water snake, having an affinity with that element, as opposed to, for example, fire, wood, metal or an air snake. And just as the 12 animals of the Zodiac follow each other in set order, so too does each aspect as they cycle through one or other of the five elements: Metal, Wood, Water, Fire, and Earth

It is often referred to as Chinese New Year, which must rankle with non-Chinese people who also observe the Lunar New Year, much like, perhaps, people in South American countries resent citizens of the USA claiming themselves to be American.

Despite having lived in Hong Kong for a full cycle of the Zodiac, I only encountered the frustration and delays as a massive migration of people took place and never really experienced the almost frantic excitement in the build up to the start of the festival that I encountered when I lived in Vietnam.

Tết Nguyên Đán to give it its full name in Vietnamese, like the Christian Easter, is a movable feast, usually falling around the end of January and before the middle of February.

However, with Tet being such an important holiday, it is essential to approach it with suitable reverence and intense preparation. Much like a western Christmas when shops start to gear up for the festive season as soon as Hallowe’en is over, so too do Tet preparations begin in earnest not only in shops and businesses but also in every home in the country. Shops fill up with gaudy decorations, usually some variation of the phrase Chuc Mung Nam Moi, ideally wrought in fine gold on a red velvet background – red and yellow being the principle lucky colours for an auspicious start to the New Year – but of course all variations on that theme, provided the colours are maintained, is acceptable.

The Kitchen God – and every household has one – must be propiated with gifts and offering because it is he, and he alone, who will report back to the Celestial Jade Emperor on the family’s efforts over the previous year and it is the Jade Emperor who will decide the future prosperity of each household.

Once the home has been thoroughly cleaned, paying special attention to the kitchen, then it must be suitable decorated. Red and yellow flowers will predominate although orange marigolds may be included. Yellow forsythia branches must adorn the home while peach and cheery blossom trees are especially popular. Kumquat trees laden with small fruit are also popular, symbolizing fecundity and abundance, something everyone aspires to in the New Year.

The largest, voluntary, world-wide migration of people take place prior to the Lunar New year as millions of Chinese and other Asian people return to their home birthplaces, similar, dare I suggest, to the mass gatherings for the Haj which followers of Islam feel it is incumbent on them to perform at least once in their lifetime.

Part of the excitement in the build-up to Tet, of course is preparing to receive long-absent family members and to scrupulously clean the home before Tet, as once the holiday begins, no cleaning may be done lest one inadvertently sweeps or throw away the good luck one is due on account of the preparations you and your family have made.

Imagine, if you can, having your birthday, Christmas, Easter, Wedding, Anniversary, Valentine’s Day, Buddha’s Birthday, St. Patrick’s day and all other major belief systems’ days of veneration all rolled into one glorious holidays where everything can be devoted to a glorious extravaganza of eating, drinking and gambling. Add to that, of course, the annual rollover of age in that at the beginning of Tet, every single person becomes a year older, so in fact, it is your birthday so what is there not to celebrate?

It’s bit different where I live now – although I am going to a Lunar New Year buffet. Unlike China and Vietnam whereat least 10 work free days is de rigeur, here in Australia it is just another day at the office although the Asian communities here of course plan their celebrations and lion dances, but for the ordinary Aussie, it is no big deal.

So, tomorrow, Friday 16 February is the first day of Tet and is considered the most important as the first visitor to the family home will set the luck for the coming year and is reserved for the nuclear family focused on the paternal side of the family. Children dressed in their new finery, bow to their parents and offer traditional greeting – Sống lâu trăm tuổi (Long life of 100 years) and formally receive a red packet – a small red envelope, decorated with traditional wishes, containing assorted bank notes while friends wish each other Tiền vô như nước (May money flow in like water).

The second day of Tet is then reserved for the maternal side of the family and for respected friends and acquaintances.

Anyway, this is first year of the Earth Dog since the last Earth Dog back in1958. Communicative, serious, and responsible in work, it seems, according to the characteristics assigned to that Zodiac. Hmm … as opposed to an Intelligent, hardworking, and sincere Fire Dog or the conservative, desirable, cautious, and always ready to help Metal Dog or the sincere, reliable, considerate, understanding, and patient Wood Dog or finally the brave and self-centered, even seemingly selfish, well-versed in dealing with financial issues Water Dog! Wow! Hard to choose among them all. Why can’t they all be combined in one?

The Year of Earth Dog also means that we will not see another one until 2078!

Inspired, enthused and curious about the frequency of dog in current English, I present the following words that are badly written or expressed – Doggerel!

If you are bored see if you can match up the dictionary definition with the numbered and italicised phrases in the following. Answers some time later, if anyone is interested. Happy New Lunar Year of the Dog!

He felt his commanding officer had discarded him as someone worthless 1 and it really ranked. Who did they think they were to treat him like this, giving him menial tasks to do, as if he were a junior in some boring office .2.

He ground out the butt of his cigarette 3. under his heel and replaced his fatigues and military I.D.4. with a soutane and a clerical collar 5 before slipping his knife into a side pocket.

Despite the full heat of the last days of summer 6, he broke into a gentle trot7. This was a chance to redeem himself. Up until recently, his time in the unit had been less than happy, problems and unfair treatment 8. seemed to follow him wherever he went 9.

Worn out 10, he felt his luck had deteriorated 11 and this was just another period of inactivity or decline 12. He took out the small shabby notebook, the corners worn and battered with use 13. and looked at the directions and notes he had been given, knowing full well he had no chance 14. of making her change her mind 15.

A sharp bend 16. in the road ahead revealed the villa on the hillside and he knew he would have to emphasize how delighted he was 17 when he met the selfish 18. occupant there if he was to overcome her suspicions.

The old lady was wearing ridiculously smart and ostentatious clothes 19 but it was obvious that her health had deteriorated 20. Her skin was lined and wrinkled, soft and doughy but her eyes remained sharp, as did her long nails. She lay back, weak and exhausted as if from influenza or gastroenteritis 21.

He’d be disgraced and more than probably dropped from favour 22. if he didn’t complete this mission. This was the last and least pleasing part 23. of something he had to do but it was necessary if he was to regain favour.

Distracting her with some debased form of Latin he vaguely remembered from his school days, he slipped the knife from his pocket in a fluid, easy motion and …

OH! Almost forgot – It’s a dog’s life can refer to a life of ease and luxury as in these pampered mutts 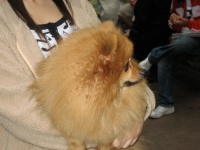